The only fully supported flight case I have seen was from Swan Flight, but since I live in the States so I decided to go a different direction. For those interested Here is what I got and did.

ProX XS-CDM10-12WLT ($240, but you can ask for a discount) https://www.kpodj.com/prox-xs-cdm10-12wlt-p-104784/ Mixer is too big to fit in the case with normal cables, so you will need to get right angle adapters for all the cables if you want to keep everything ready to go (See pictures).

Added an 4 port surge protector so that I wont need run more than one power cable out the case. ($16.99) 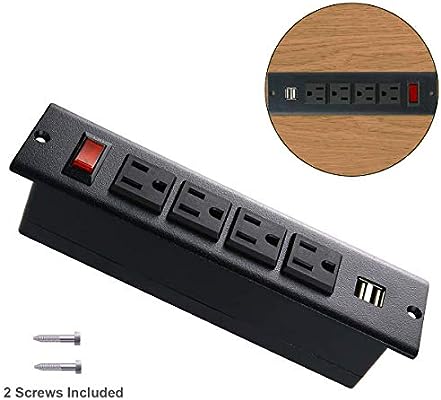 Cut into the side padding next to left SC5000 to fit the USB extension cable that came with the deck for easy access since there is not a lot of space in the back to get to the rear USB ports. Gotta say I hate these big coffins. They are totally un-luggable. I had one when I had two 2900s and an X1600 mixer. So, if I ever save up enough for the Prime set, they’ll be in separate cases :-). That will have it’s own challenges, but might end up using multi-cable with both power and signal (and network) all in one. It’s a project, but got plenty of time to think it out while saving up LOL.

I took a Pelecan 1660 case and cut out the foam like the pictures i seen posted on denon dj Facebook page and i love it…its easy to lug around with the built in trolley wheels. Very nice, any tip on the cutting the foam?

Never done it myself but believe if you put it in a freezer then it becomes hard and you can use a (power) saw.

I have a template that I can send you to have the foam cut out for a Pelican case, etc

The Odyssey case for these units is too small, as well. Had to cut foam off the front of the mixer session, and can only use RCAs (might have to drill holes for the XLRs!). http://www.odysseygear.com/odyssey-products/fz12cdjwxdbl.html

Could you send it to me, I’m building another case… thanks

http://www.neutrik.com/en/xlr/rx-series/nc3frx is a high quality connector that allows you to set the angle of the cable to 5 settings over a 180 degree scope.

This means no matter how your connectors are place on your mixer/controller, you can always find a position that works (well normally lol). Also with the cable running off to the side instead of straight out the back, it doesn’t suffer as much.

Where can we find this template?

I was about to buy flight cases until I saw this. 3 years late to the party but is that template still around?

I suppose everyone has different levels of strength but the all in one system flightcase is my choice for two SC5000 and an x1800 mixer. Yes, it’s heavy, but manageable.

The advantages are that all three devices stay connected permanently. That means you’re ready to play, seconds after putting the case on the table or stand. A major consideration is also that there’s no repeated connection/disconnection strain on a dozen plus connectors and the cables themselves every setup and every pack away

Power in for mixer

That’s 28 connections to untangle and plug in, and 28 to unplug and put away (without severing any by pinching them in the lid of the flightcase… it can’t be just me … ) every single gig. Of course unplugging is quicker than plugging as you haven’t got to look. That massive number of connections is reduced a little by using digital from deck to mixer instead of rca analog but not much less.

And you need to plug in a usb music source too of course.

For some though, they might have all the time in the world for setups, But they use public transport to get to gigs so portability might be more Important than set up convenience. Each to themselves

I dont use layers at gigs, i connect via digital RCA.

2 XLR to the wall

I got this one: Bit expensive but a lot of space for cables/HDD/power strip 3x etc. Everything fits just fine. It´s pretty heavy all in all but also usable as trolley.