Someone bashing the sc6000 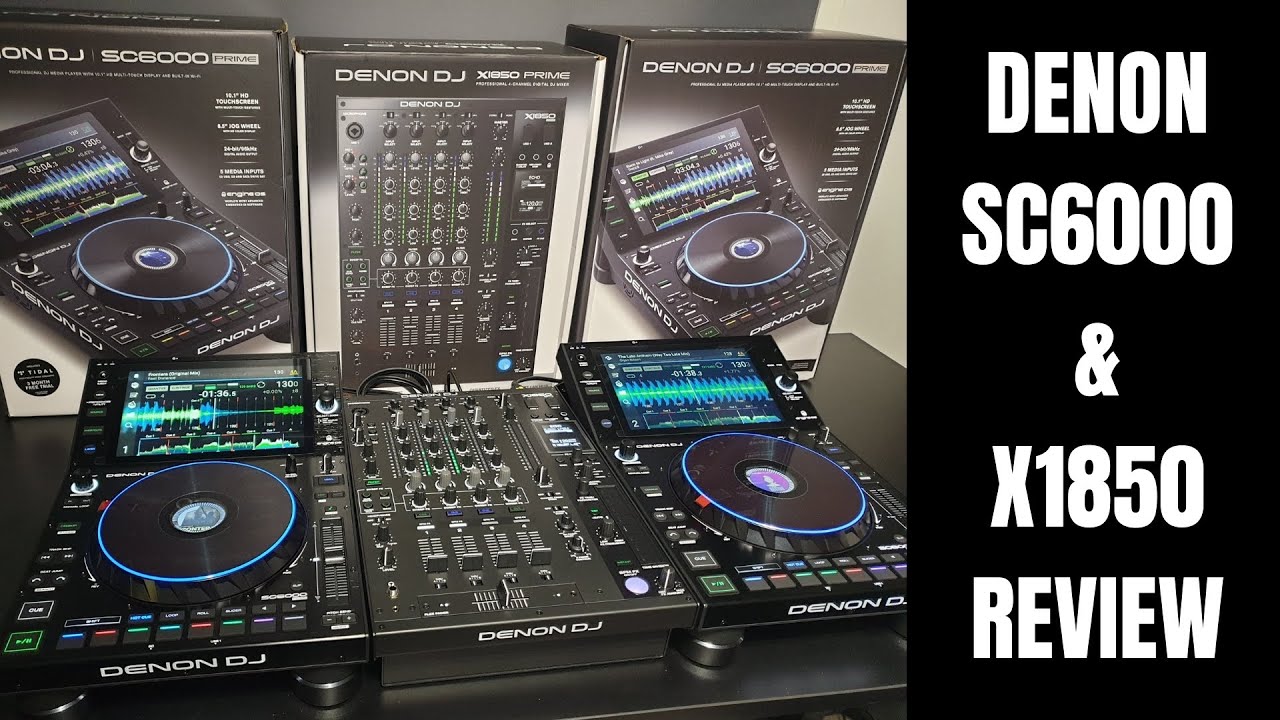 be prepared the cringe factor is strong on this one…

he wants things to be exactly like pioneer has/does them. that’s his personal taste and he said that several times. the only real point of criticism he had was the sound quality of the effects and that’s true.

i think this way it’s a quite fair review because he draws a clear line between his personal taste and rather objective issues.

The part about liking to rest his hand on the front made me laugh, and I’m not sure I believe he would have thought of that if Pioneer wasn’t marketing that about the CDJ-3000s. The idea he also sold an entire NXS2 system or something, bought Prime cold, and now is going to buy Pioneer again so soon also is a little hard to believe. Sort of made me think for a moment that the video might be a bit of Pioneer under-the-table marketing or something. I mean, it’s like a laundry list of many of my issues with Prime. Anyway, let’s just assume he’s freakishly-observant in a very short amount of time with Prime and not basing his comments on research he or someone else did perusing the forums here. Most of the rest of what he’s talking about is not wrong. It’s a mix of personal preferences on one end of things, which everyone’s got, and then on the other end actual issues that InMusic hasn’t yet resolved on the players or the X1850. Let’s not even get into the X1850, because it’s clearly got some bugs to work out on it.

On the players, InMusic does need to enlarge the touch areas for some of the stuff on screen… not everything, but some of it. The current touch accuracy required is excessive in spots. Track search filtering could be more extensive for sure. The jog bend needs a higher maximum bend possible at the lowest sensitivity settings while still being very gentle at slow rotations… not sure if I’ve created a feature request for that yet, but I’ve mentioned it a number of times on here. Jog vinyl touch needs to count as a pause state so you can just hold the playing music and set a main cue zero without needing to tap pause or hold shift. We need a utility/preferences option for setting a hot cue to also trigger into play mode so you don’t have to tap it twice when paused. So the dude’s not wrong on any of that. He also doesn’t like the jogs. Lot of people don’t like the jogs. If I was a big scratcher with sweaty hands I might have a bigger problem with how slick and weighted they are. I haven’t met anyone who loves the Prime tension mechanism, though.

part about liking to rest his hand on the front

That again? Oh no!

Here’s the thing - there are numerous controllers on the market with pads in front of the jog wheels, including Pioneer units that have full size jogs and two rows of pads, not just one.

I don’t recall anyone ever complaining about the position of the pads on those, or wanting to rest their hand.

be prepared the cringe factor is strong on this one…

Here begins a dirty tricks campaign to try and make Discouraged would be Cdj3000 buyers think that IF the 6000 and the 3000 are both “bad” then I might as well buy the most expensive ones, with the badge I like

no, its a non accurate review as hes making up senario’s to fit his narrative.

Just a guess but, there are a bunch of ppl that dont use controllers. Maybe he is one of them. Ive owned a couple and never liked the sound quality with a controller.

there are a bunch of ppl that dont use controllers

Yes I know that, but the fact is there are more controllers on the market than standalone media player decks. My point is that nobody seems to complain about the pad position on those devices, so why on these? I’ve used equipment without pads and with pads, and for me it’s a complete non-issue.

I’ve used equipment without pads and with pads, and for me it’s a complete non-issue.

It’s just opinions. If we didn’t have our own individual viewpoints, one DJ playing gear item would have evolved by now, and that would be it. Everyone would have said that the pads were in the right place, the volume of the headphones was fine, the little LEDs didn’t hurt their ittle eyes, the platter felt ok, the screens were the right size, the space in between the controls was ok, the weight was liftable, the buttons weren’t too hard or too soft, the power on/off light was the correct tint of reddy, greeny, blue, and that even Audiophile Arnie the Android liked the timbre of the nuances of the harmonic Fidel-floppy hertzy audio in the upper registry echelons even with its deviance of 1 thousandth of a split.

And no-one else would make anything because that one was perfect.

On a less laughable note, I do find it’s useful to have a small amount of room around certain controls so you can steady your fingers over a particular button, ready to push it in 5,10,15 whatever seconds - so being able to bridge your hand on some innocent non-functional part of the deck or mixer is useful, but no deal breaker, for sure.

Yes I know that, but the fact is there are more controllers on the market than standalone media player deck

Plus many of the new djs, learnt on them controllers without resting hand features.

I have not seen the video PS

Once you watch one, i believe you have seen it all.

When I first got my x1850 I felt the same way about the mixer as the guy in the video. The first firmware update made it worse. I think the video maker was on that firmware 1.1.

1.2 made the mixer more normal. I like it now and have my 13 year old son playing on it. He likes the prime gear.

Yeah, I thought his review was fair. A lot of it was subjective, as it should be. Not everyone has the same needs. I too can’t stand the static-sensitive jogs, nor the tension mechanism on the 6000s. It’s not really a huge factor for me, but I MUCH prefer mechanical/pressure sensitive platters, and Pioneer’s tension adjust is just superior to the 6000. I also feel the brightness and sensitivity of the touch screen needs to be improved. But, I prefer the rubber pads over the plastic ones found on Pioneer gear. Like I said in the beginning, most of his critique is subjective. He does praise the deck quite a bit too.

The 6:32 sentence sums it up nicely. It might as well be a review of Android vs. iOS or vice versa.

I should have taken his first 10 second advice.

Bonus question. What happened on his left Pioneer at 1:48? Track skip button to easy to press? 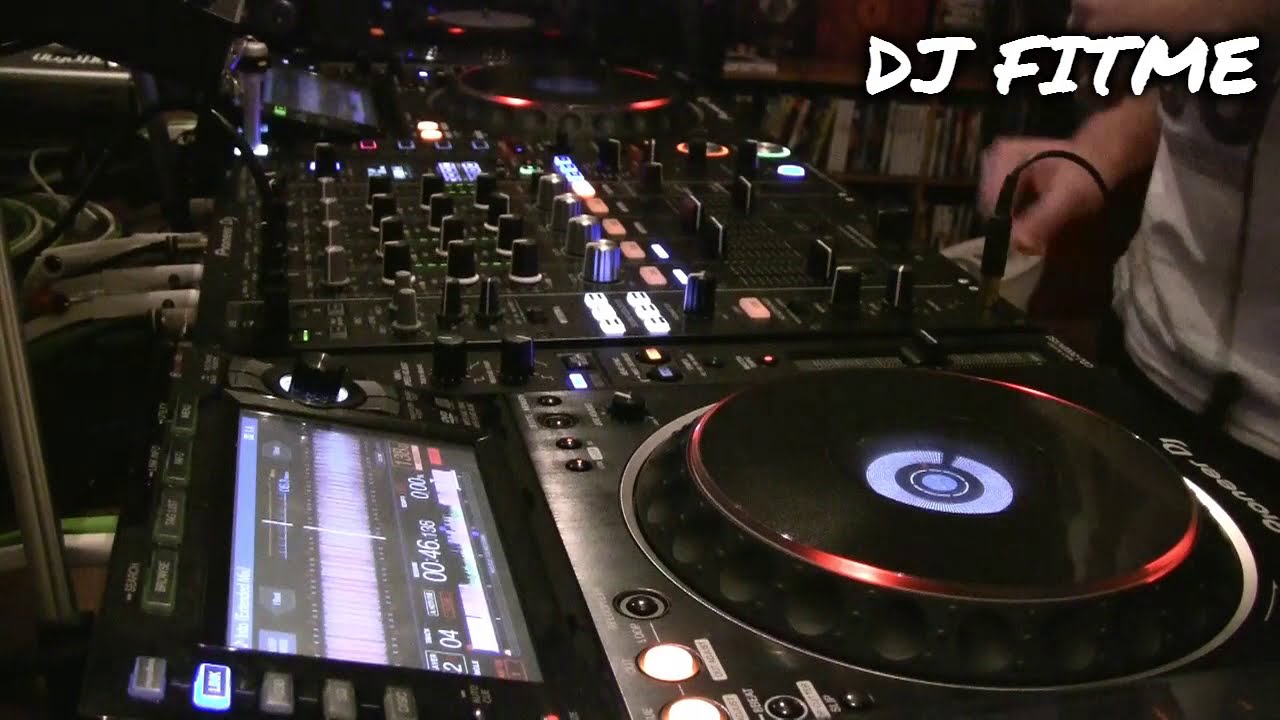 Btw. In this video he nudges the platter not the way he described it in the SC6000 review video.

However, like he said several times, it’s his opinion and/or preference on how he wants to DJ. There’s nothing wrong with that of course!

no, its a non accurate review as hes making up senario’s to fit his narrative

it’s not supposed to be accurate because he described his individual, personal taste which he made clear repeatedly. it’s his subjective point of view which is fine.

Yes. We all have one, and some of ours is bigger than others’. Opinions, I mean.

You making an accusation towards someone specific or just shooting your mouth off?

This guy has a ton of videos using his Traktor controller. Hotcue position is not a problem for him, trust me. Pioneer say something, Pioneer fan agrees. No surprises.

His issue with the volume faders also made me laugh. I bet he would never have had the same problem if using a DDJ-1000.

His opinion about the FXs though and a few other things are pretty spot on.

His issue with the volume faders

What, the part near the end where he’s trying to flick the fader up? I didn’t watch that far before - too much complaining!

I did see the earlier part where he’s kind of rubbing/sliding his hand over the pads and complaining about that. Bizarre.