Is there a way to change the Velocity on the Cue buttons? We’re trying to get a Supercombo-FX running (i.e. Pushing 4 buttons at the same time, will activate a new FX on top), but according to my guru, Traktor needs Velocity-value 127 (or in hex, 7F) in order to achieve this. 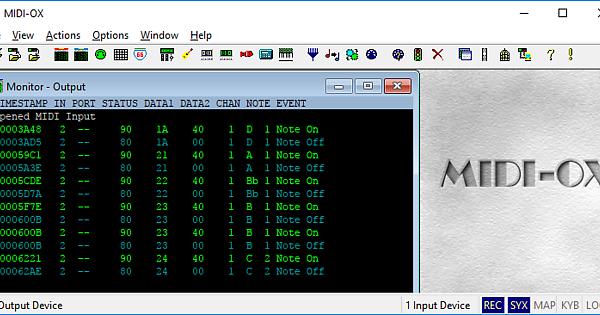 (Since I’m a new user, I can’t upload pics, hence the external link)

I can probably point you in a few directions. This isn’t anything that Denon officially supports or endorses (have to say it), but as one MIDI nerd to another… You’re not going to be able to change it on the player, therefore you have to do some sort of translation on the computer side of things.

There are a few programs out that will convert incoming midi based on whatever rules you set up. Bome’s MIDI translator is one of them. You could also use something like Ableton and just use the Velocity MIDI effect (if you have that and don’t mind keeping the app open). After that, you’ll need to get the MIDI from whatever program into Traktor. Since you’re already using MIDI OX- I would suggest MIDIYOKE (same website). It’s a virtual driver which allows you to patch MIDI outs to ins and will show up in all applications that recieve MIDI.

Have a poke around and let me know if that gets the job done, as I’m a bit curious to see how it turns out.