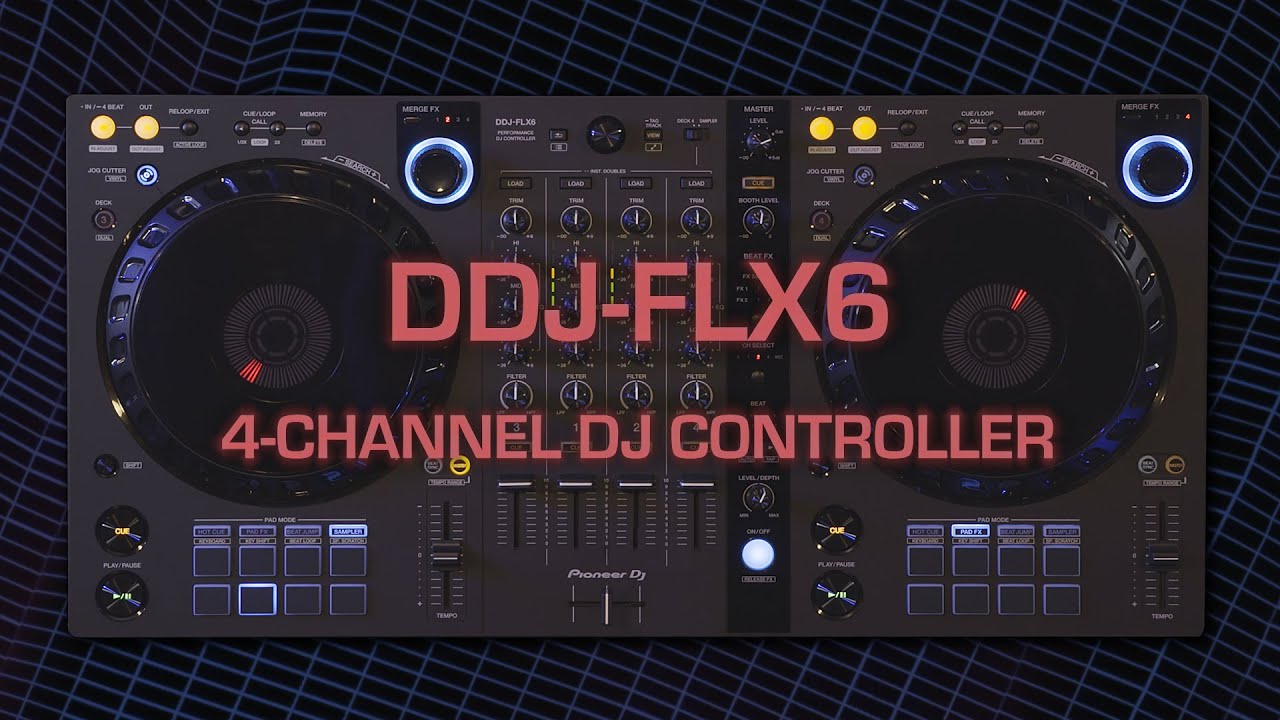 Available straight away. £539 in the UK

How on earth do they manage that?

I don’t know how, but they certainly manage it better than Denon.

What was it that Montell Jordan sang?

Strategically placed just before Christmas too…

This is dangerous marketing decisions and quite 1970/1980s in its basis.

It’s not faster factories (or more little elves) its just pioneer keeping quiet about a new product in their lineup until shipping.

The dangerous part is at the very most vital organ in the consumer marketing model, namely The consumer, the DJ in this instance. By keeping a new model secret until it’s on dealers shelves, a DJ shopping for a controller two or three months ago, or yesterday even, would have chosen from what they could find and bought it. They wouldn’t know that a new model was in the making, with newer features, a reset timer on life expectancy and a reset clock on firmware development and update potential. So instead, yesterday’s or last months DJ buys old

That’s great news for the maker , as they get to shift loads of old models because no-one knows that they are the old models. The dealers are often “in” on the enforced silence too, as they also have shelves of last years models they want rid

Modern marketing, where the maker thinks about the end customer and values the end customer loyalty don’t use these stealth releases. It’s considered too much of a risk of upsetting customers who buy old, with not even a hint of new product being out in a few weeks or months. They buy, they use for a few weeks, the new model comes out and the DJ is left feeling they have the old outdate model and feel if they had waited, or if they had been told of a new model coming, they would have waiting or held back a few months on their purchase. The customer loyalty takes a stab to the heart of the purchasing dynamic but the maker and dealer are pleased they shift out the old stocks.

Car makers see this and know to work with it. Car makers know each countries registration plate launch months and release their new models of cars to coincide with those dates, so consumers can wait until new Reg plates before buying the new shale car model. That doesn’t work here in Belgium so much as our plates are more related to the driver than the metal box on wheels. But many other countries see a dip in sales in the months leading up to new plate and new model shape releases. The release dates are known and people wait, rather than buying the old shape instead of the new - they make that decision from a point of being in the knowledge, not being kept in the dark.

No matter what the product, situations will always arise where the consumer bought something just prior to discovering there’s a newer one available.

I’d rather be told there’s new shiny & it’s available right now, than be told it’s coming in April and still be waiting in November.

This is definitely the controller of the future. All that was needed to improve creativity is a system that allowed for an effective and impressive transaction between tracks, enhancing the performance. Congratulations Pioneer.

I’ve just looked at you only 10 posts on this forum and it seems you are only trolling here. (Click on blue text to see posts)

They buy, they use for a few weeks, the new model comes out and the DJ is left feeling they have the old outdate model and feel if they had waited, or if they had been told of a new model coming, they would have waiting or held back a few months on their purchase.

There will always be a new shinny, whether announced, teased, paper launched or not. There is no reason for Consumers/DJs to switch what they have already if it serves them still.

This controller appears to be sitting in its own category, Its not replacing anything in their product line…i think.

In ten consecutive posts? His only 10 posts.

Each one applauding pioneer at denon expense?

Beside that, if we want sarcasm here, we just ask PK

This looked ok until I looked at the back.

Yeah, home or pub use only by the looks of it. No mixer inputs either.

Don’t get me wrong, but I believe Pio is totally lost after the last sale. CDJ3000 looking bad on foruns Weird controlers Lots of quality control issues

Anyway, we can’t deny Pioneer is very active and creative this year.

On the other side, we’re still waiting for new batches of SC6000/M

There’s not yet an inMusic merged power, I have the feeling each inMusic bands get lost on their own, when the power of Pioneer is one single brand which targets each level of the market. I think Denon is doing wrong by not making Serato controllers anymore for example.

And what’s even worse, there is still not a single statement/communication/announcement/pronunciation from DenonDJ. One whole year of waiting!

This is a very interesting release from Pio. Basically a scaled back 1000 with lower quality buttons/faders. Business wise, I think it’s a slick decision at the price point. If I’m a bedroom DJ feeling like I’m outgrowing an entry level and can’t afford a 1000/Prime/RX this is a great choice. This is their market given how many folks have picked up DJing during the pandemic.

However, from a more experienced DJ standpoint (again, not their target market), there’s a number of issues. No XLR is the first that stands out. No additional inputs for the controller (my personal primary use case for the 1000). The faders/buttons look cheap like the 400. Merge FX seems interesting but I personally don’t think I have a use case. No jog sensitivity. And using FX compared to the 1000 and 800 seems kind of funky here.

All in all, I think it’s a decent controller at the price point and I believe it will sell nicely. If this was out when I was starting my journey this probably would’ve been my upgrade path. I would be curious if Denon has tinkered with a similar idea with the MC7000 (bigger jogs like the SC but a bit scaled back feature wise).

I don’t think I have offended anyone, I simply complimented an excellent and decidedly innovative product. If one day Denon comes out of a 3 month hibernation, i will be happy to announce my new appreciation. For now it’s pretty funny that they panicked with an update that never came due to thousands of bugs. I’m owner of a P4, just to say.

Don’t get me wrong, but I believe Pio is totally lost after the last sale. CDJ3000 looking bad on foruns Weird controlers Lots of quality control issues

I think you’re right. Pioneer are not leaders any more, not innovative. It’s like they’re stuck in 2005 and just keep releasing the same things from 2005 over and over again. They are bronze still claiming to be gold

Looking through the comments on the Youtube videos of this controller and a lot of people really ain’t happy lol.

Pioneer just can’t seem to get anything right this year

Hoping Denon have some excellent controllers with a Prime layout lined up, possibly with Engine performance mode. Get people and kids who are looking to get into DJing started off with Denon from the get go.

But who are these people? Are they established DJs or folks looking for their first controller?

I think the FLX6 is interesting in that Pioneer have tried to do something different, rather than just churn out another clone controller.

The lack of XLRs isn’t really that much of an issue, even for established DJs. Few of us really need the benefits of balanced connections at a typical gig.

There are plenty of gigging DJs out there using tiny little “home” controllers and home licenses!

Lack of inputs also not a big issue for anyone who’s playing from a computer.

It’s a pretty interesting piece. The fact that it mimics CDJ layout except for the pads is very odd, given the recent CDJ3000 and all their talk about why they put hot cues above the jog.

Pio has this classic legacy/new tension in features and layout and this device seems to just refuse to pick a lane. Which may be what’s needed tbh: a mid level device that both controller users and CDJ users can feel at home with.

Agreed. Most people using this will just go RCA in to another mixer in a DJ box.