We need this feature to search just a folder bot the entire hard drive. This helps narrow down songs we need on the fly! This will help soooooooo many DJ’s to dj correctly so we can find songs much faster. Whats the point of creating a folder and a search function if Im going to only search the entire hard drive all the time. Thank you! many DJ’s are asking for this update!!

You’ll need to check the forums official suggestion section. If the Same suggestion is already there, just vote for it.

…and what are their names?

Tell the “many DJs” to come on here and ask for the feature, if it’s so important.

Add your vote to the feature request

Add your vote to the feature request

Yes, let’s add votes to the various requests, if it will serve any purpose

This to which the link points is dated March 2019 but apparently after 17 months it was not made.

Just take some time and look at the whole feature requests, and add some

to the first entry. I do it every month, to find out if there are new features I would like to have.

And maybe DENON will be so kind, and spend us 1 or two of thoose

The denon staff have explained several times in the forum that all the likes or votes just give them an indication of how popular, or unpopular, certain feature requests are.

An idea could get 500 votes and yet be something that either can’t or won’t be added. No matter how much the original requester spams the link to the request.

Some things will get added free to primes even when that idea hadn’t even been suggested, or got only a few dozen votes.

The way that you’ve been carrying on since the firmware update that both the features and the development team have been getting thanks for from forum members, it’s starkly clear that you’re out to cause trouble and bitterly undermine the widely praised features and efforts of the team who provided everyone with those features, whenever firmware updates are mentioned.

Whatever feature it was that you wanted wasn’t on this weeks firmware update: yeah boo boo, sulk sulk, we get it. You’re hard done by, you’re being left out, you’re all alone and forgotten.

Maybe your desired feature will appear in the next firmware update, maybe the one after… maybe never. Every update is a bonus, whether it’s got things in it for one individual, or not.

Change the track, exit your seamless loop and just start participating properly, rather than continuously swimming against the tide and the majority view of this weeks update.

you need a hug lol

I actually had an email today from someone wanting to book me for a 21st birthday party.

I replied that I was concerned due to COVID-19 that the venue had allowed a booking and that the party would go ahead. I asked if everyone would be wearing a face mask and dancing 2m apart.

They did not reply.

Then you also need a very big location xD

The venue has capacity for 150, but UK regulations only allow for gatherings of 30 people maximum.

That´s the same in germany. Aaaaaand you are not allowed to dance nor to change the table where you sit on. And you have to register every people who visit the venue. So if there is a “Corona” case, the “Gesundheitsamt” can look who met whom … So I said, no party till 2022 … (Maybe 2021 …)

I feel your pain. But as a DJ i’m sure you are familiar with the world of requests ( except you are a headlining festival dj ).

I was just pointing the OP to an earlier request so votes don’t get split.

Hopefully we all get what we need soonish.

What is your SINGLE MOST NEEDED feature request if you don’t mind me asking. You can post a link to it. I promise to vote for it even if i don’t need the feature (if i have not already)

What is your SINGLE MOST NEEDED feature request if you don’t mind me asking. You can post a link to it. I promise to vote for it even if i don’t need the feature (if i have not already)

Personally I did not make any requests, but I voted for some of those that were already present, because I realized that my needs were also those of others. The ones that I think are most useful are the possibility of editing the TAGs directly from the console, such as just being able to change the stars set previously (

), sometimes it happens to think badly about a track but then using it becomes better and you would like to change its rating but you have to do it from the PC.

being able to change the stars

Have you seen the movie A Knight’s Tale? 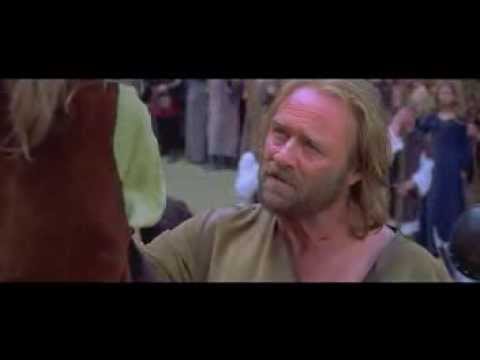 But I was referring, of course, to other types of stars