I tried to analyze a particularly critical track, which another user had already used (Title: Tribal Tekto, Artist: Area). Even with the new version 1.6, the BPM variation zone between the 4:10 and 5:07 positions is not detected. I managed to fix the grid using the “anchor” as it was already possible to do with the 1.5: it was a big job, but it is possible to do it. But the exact same job was done with 1.5, so honestly I don’t understand the difference between 1.5 and 1.6, because the anchor placement system, the BPM modification, etc. seems to me the same.

I also watched the videos on youtube, but I don’t understand what the improvement made with 1.6 compared to 1.5 with regards to the flexible grid consists.

Ditto. I just went through an old (1974) track, added a bunch of anchors and adjusted the grid - as the beta video talked about typing in the tempo, which is only useful if you know what it is, and I wanted to check if it was still possible to use the + and - keys to adjust.

The method seems exactly the same as it was previously.

The method seems exactly the same as it was previously.

@JWiLL what do you tell us about it?

What the Flexigrid brings is different from what was already available

The track used in the demo is not really a transition track as you will find in pools.

Adding beat grids to a multi-tempo track is a manual process. You will need to identify the two sections of the track that start each tempo. Once you’ve found those areas, set your anchor point, add the expected BPM and check your grids for alignment. When you add an anchor point your are essentially locking the BPM and beat grid before that point.

Previously you could add anchors to compensate for a fluctuating tempo but you could not add a grid for two distinct tempos as @mufasa mentioned above. The other side of this feature is the syncing logic which can now handle tracks with multiple tempos.

Yes, the track in the video was purely for demonstration purposes to show two distinct tempos within the track.

OK I think I understand. The whole “transition track” thing is alien to me, as it’s not really used in the UK (IME).

Still a little disappointed that we need to be doing this stuff manually, when we have so many “smart this” and “smart that” in the world.

Still a little disappointed that we need to be doing this stuff manually, when we have so many “smart this” and “smart that” in the world.

Totally hear you! Hopefully someday this will become and automated process.

The whole “transition track” thing is alien to me, as it’s not really used in the UK (IME).

Here is a quick tutorial on how to grid a tempo transition track. Hopefully youtube doesnt take it down. 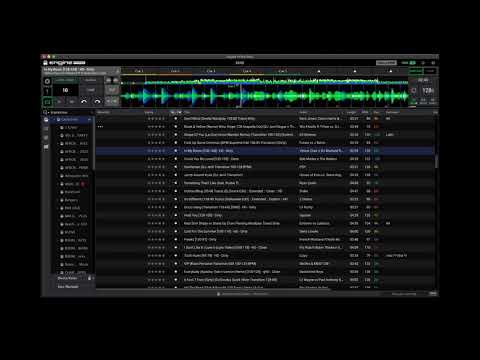 Its the same. If you beatgrid a disco track. The beatgrids will be tight (on beat) but the tempo will change accordingly (just like the original song was recorded)

Just installed Engine Prime 1.6 Beta and re analyzed the classic Tequila set the grids manualy. After that i mixed a hip hop beat from Missy Elliot. Works great - looking forward for the final release. Later today i will update my sc5000s and sc5000ms and test

What @DjAj and I say, is that if you put an ANCHOR on one side of the track, it only allows you to CHANGE THE BPM, but not MOVE THE GRID, without destroying WHAT IS BEFORE that ANCHOR. If you move the grid AFTER an ANCHOR, you are MOVING THE GRID also BEFORE AN ANCHOR, which is inexplicable.

The Flexible Grid is ONLY for tracks that are DOUBLE SPEED, for example 100 BPM at the beginning, and in the middle of the track it goes to 120 BPM.

He (@DjAj) analyzed the same track as me and I try to make it perfect with FLEXIBLE GRID, but it’s impossible, that track doesn’t have two different tempos, when the downturn hits, it slows down little by little, and then it accelerates little by little until it returns. to reach the original speed. What we want is that when it reaches the original speed (138BPM) we can put an ANCHOR to ADJUST THE GRID so that the kick drum can be SYNCHRONIZED with that of other tracks.

There are 2 vídeos explaying this:

I don’t think it’s that difficult to understand.

Nice to see so much capital letters…

This is how flexigrid looks and acts like, after being done properly. Notice the multiple bpm changes. (forget the iPhone mic quality in this recording)

1 file sent via WeTransfer, the simplest way to send your files around the world

Could you paste the trackname you use here? Just for fun of it.

Transitions track that goes from 128 to 138 bpm 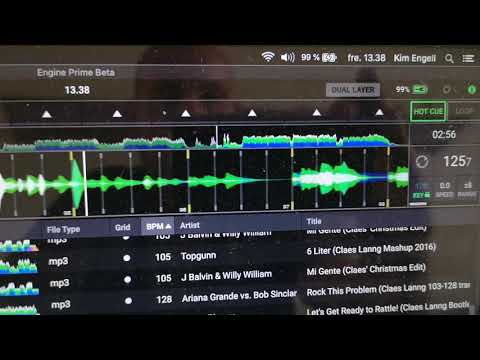 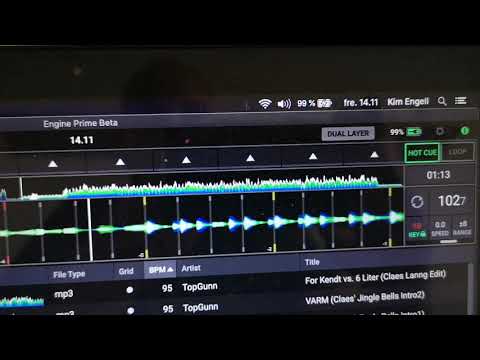 We are not talking about the same thing.

It is about being able to move the grid to the kick that is outside the grid, so that when you touch sync, the track goes perfectly, without affecting the previous part of the anchor.

If you now put an anchor, if you move the grid, it moves throughout the track, not just after the anchor.

It’s not about bpms jitter, it’s about the track slowing down and then accelerating at the same speed, in just 64 kicks.

The track is Area - Tribal Tekto, but it happens with more tracks.

I’ll try your track tonight if no one else tries it.

The track is Area - Tribal Tekto, but it happens with more tracks.

@xXMulliXx As you can read in the first post of this thread, I was able to put the flexible grid perfectly in place on “your track” and it stays perfectly in sync with another song that is possibly playing on another channel. It happens exactly what we see in the video sent by @Engell. Therefore it is NOT IMPOSSIBLE to do, but it takes a long time because it involves putting an anchor (yellow line) on each red bar to adjust the BPM of that area.

The biggest problem is when two zones are at the same BPM but have undergone a grid shift in the middle of the song. Like when a drummer plays at a constant cadence and then at a certain point he stops the bar, and then resumes the same cadence as the previous one, but slightly out of phase. In this case it would be useful to be able to move the grid only from the right side of the anchor, without modifying the left side. Maybe that’s what you meant?

That is correct, is what I have been trying to say for several posts.

if you move the grid, it moves throughout the track

Then you’re not using the correct method.

I try your track tonight if no one else (@mufasa) tries it.

It is not necessary: I have already done it and it is possible to nail the grid to the track with both the 1.5 and 1.6. It just takes patience and time. Obviously on traktor it is faster (as @xXMulliXx wrote).