I have an iPad For iPadOS … does the EP work on the iPad?

Hi @Milan, welcome to the forum!

To answer your question: no, there is no Engine Prime version for iOS devices. Apple wise, it’s only available for MacOS.

But still You can request one if You need it. If it will be worth making it, Denon will let You know.

is planning for the future?

As far as the future, maybe some good news. Apple has decided to go “Apple Silicon” for their computers now, switching off Intel processors and onto the same kind of processors across phones/pc/ipad. For example they’ve put out a devkit which includes a new Mac Mini that uses the same CPU as the latest iPad (I think the iPad Pro).

Anyway, the reason a mention is because it means development for software starting, technically already, is moving in such a direction that the iPadOS and MacOS versions of software will be very similar so it’ll no doubt be easier.

I’m in the process of switching, work, music / studio stuff over to the iPad because my Mac is old and will be phased out eventually anyway. So far the 2 problems I see with that are loading music onto my Prime 4 and pulling history/playlists off it.

The time line if so could be nearly forever… But, I’m going to get my hopes up.

Apples behaviour in the past has been less than constructive with OS upgrades. They seem to launch a new os upgrade, With broken backward compatibility, making thousands of devices orphans to communicating with the new os, and then expecting all the other manufacturers to sort apples mess out.

In a slightly parallel thought track, some music and dj software only works on intel processors - serato for example.

Denon did briefly had an Engine ios app but not as library management tool but as a performance tool linked over wifi with players. You could select and load tracks to up to 4 players on the same network. In the age of ipad sized screens on the player not really neccessary anymore but still would be great as a library management tool to beatgrid and edit tracks and then sync it back into your main EP library 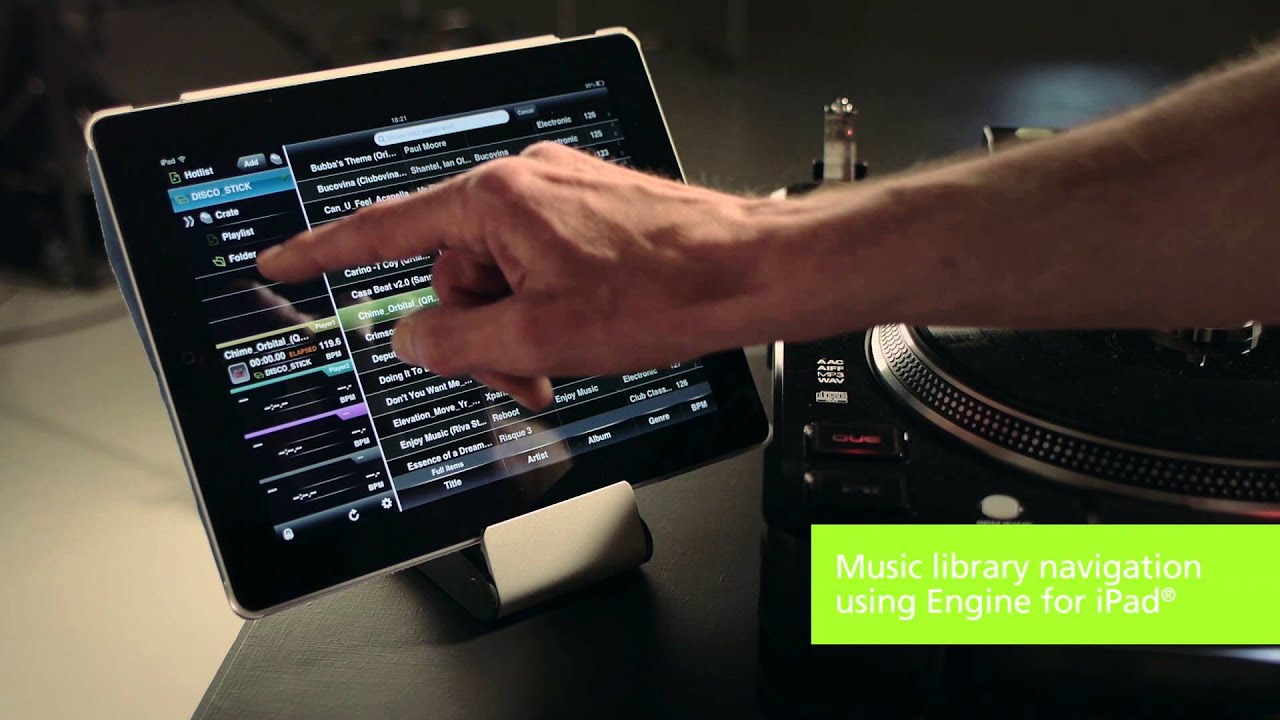 I remember DJ Delimentary (the four deck mix guy) having a nightmare with that at the BPM show one year.

He’d gone from using Pioneer CDJs to Denon SC2900s, and was trying to set up for a live performance at the show. He just couldn’t get everything working with the wifi (thousands of people at the NEC).

Called the Denon guys over. Still no joy.

He eventually had to give up and wheel his flightcase away. No performance.

Yup, ipads were notorious for disconnecting from wifi network and connecting to any other with a stronger signal

Misconfigured wifi settings. Takes like 3 taps to prevent that. They’re devices, tools, but not psychic.

I don’t like trusting any kind of mobile device to a live set either. Figure that’s just me being used to bad luck.

Being able to connect real quick and export my last setlist from history would be so damn useful though.

Being able to analyze and transfer a few new promos would be extremely cool but I’d rather ask less & actually get something useful.

Apple Silicon MacBook Pro laptops may be on their way as early as October, starting the biggest series of changes in Apple computers in ages. Apple Silicon is the name the company is using for its ARM-based computers, and we learned about this branding at WWDC 2020, when Tim Cook broke the big news