I’ve always hoped Denon would have a stronger presence in the DJ world, especially after the In Music take over. I’ve had various gear through the years and I’ve always dreamt of a stand alone system. The Prime 4 was or should be a killer, I haven’t tried it because 4 channels is over kill. However, I did try the the Prime 2 but I wanted the portabilty of the Prime Go. I don’t know why all three systems couldn’t be battery powered. Any I now find myself with a Prime Go and it suits my needs almost perfectly. I’ll thank you Denon for that. As for software it’s shocking. I want to manage my music in one system and I can’t. I want smart play list and smart crates. I don’t want to use Rekordbox or Serato or some other software. First off I had problem transfer my Rekordbox play list over fully intact. Rekordbox, handles my large collection built up over years and does it very well. Engine can analyse tracks much faster but what’s the point in speed if most of the beat grids are off. I’ve streamed lined my collection down to the bear minimum of around 66K of tracks. I transfered around 10k of tracks into a main crate with the Intention of creating play list within the Prime Go on the fly. No such luck! I’ve found the tracks won’t load in to a deck. The Prime Go reboots when I try to load a deck. I have to drop track in to a prep list to play them, so that shows the files are fine so I’m baffled why they won’t play from the crate.

Denon so much needs sorting out. Time is money for you and we the DJ’s but we don’t have investors backing us

So, would you believe it. I write this post and bingo the drive or should I say the Go starts working as it should. May be they needed to get acquainted, go out for meal or something but it seems they’re working together. Still things need to work much better and faster @DenonDJ

I don’t know about the prime go, but I’m using a 256GB Samsung Evo Plus SD Card with 215GB worth of music on it in one of my SC5000’s. Tracks load from crates without issue. I’m using ExFAT but the first time I used the drive the Go would sometimes recognise it or say it was the wrong format or corrupted files. I reformatted it reloaded the files and that’s when it kept crashing. It’s just strange how it suddenly working. My worry is it’ll crash when I’m playing at a party. I’ve also got the same SD card empty but in the slot so I can stream from Tidal in an emergency

or say it was the wrong format or corrupted files

If it says you have corrupted files , then you’ve probably got corrupted files. Easily acquired in larger collected, but they can cause this sort of havoc. Get rid of them 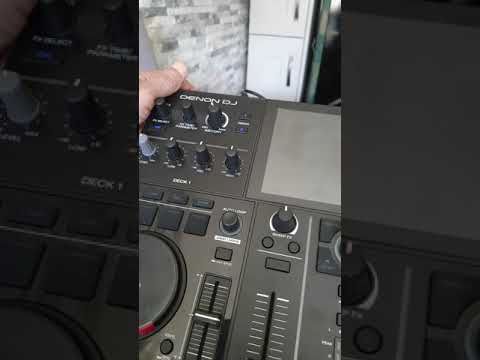 The initial error about corrupted files or incorrect format is a bit ambiguous to say the least especially when the drive with files played fine in Engine Prime.

512 GB Sandisk working nicely so far - a micro-card SSD card and adapter (is that all they make these days?) and format it ex-fat.

“Sometimes” is the key word the files or drive can’t be corrupted one time and readable the next.

I had the same problem, but It’s not a problem with memory. The problem that causes it is the Engine Prime .When you synchronise your music with Engine PrimeThe program creates corrupt files . they need update